This is a past event. Registration is closed. View other Australian Institute of International Affairs for WA events. Join us for our November Pop-Up event with Flavia Bellieni Zimmermann, featuring a live performance by award winning singer-songwriter Juliana Areias​, followed by a meal at Lapa Brazilian Barbecue, Subiaco​.

This presentation will discuss current political trends in Brazilian politics considering the October 2022 second round of the presidential elections, deemed the most politically polarised election in Brazil's political history. Indeed, this presidential race is seen as the most significant since Brazil's re-democratisation in 1985. The two presidential contenders, former President Luiz Inácio Lula da Silva, from the Workers Party (PT), and President Jair Messias Bolsonaro, from the Liberal Party (PL), are both engulfed in controversy. Lula was arrested in 2018 due to corruption allegations, with several members of the PT jailed on corruption charges. Lula has been released from jail in 2019, with a High Court decision based on a technicality. With the rise of far-right President Bolsonaro, there have been increasing attacks against Brazil's Congress, the High Court, its Ministers, and the Brazilian press. President Bolsonaro and his supporters have cast aspersions on Brazil's electoral system and treat pollsters with contempt.

The first round results show Lula with 48 per cent of votes, whereas Bolsonaro had a significant 43, a minuscule 5 points difference between both candidates. Brazil's second round of elections promise to be a hotly contested race. And in case Bolsonaro loses his re-election bid, this will fuel claims that the elections were "rigged" or "stolen." Brazil's presidential elections, therefore, might be seen as a rite of passage for the country's democratic future. Can Brazil's political institutions and democracy survive the far-right attacks against the free press, the High Court, and pollsters? Is Brazil going to experience a "invade Brasília" uprising? This seminar will discuss the election results, examining how each candidate might contribute to Brazil's democracy in the years ahead.

The presentation will be followed by a performance by award winning Brazilian singer-songwriter, Juliana Areias​. Juliana has performed on major stages in Europe, USA, Japan, Latin America and Australia, and she is in the Top 5 Best Brazilian Singers around the world according to the Best of Brazil Global Awards 2021 in London. Juliana was recently granted a Global Distinguished Talent Visa by the Australian Government for her international and national artistic contribution as a Bossa Nova and Brazilian Music singer-songwriter.

Tickets also include a delicious Brazilian Barbecue dinner at the venue, Lapa Subiaco​. A cash bar will be available for attendees to purchase drinks.

Add this event to any of these calendars

Get directions on Google Maps

If you have any questions please contact Gráinne O'Connell at grainne.oconnell.work@gmail.com or +61 437903571. 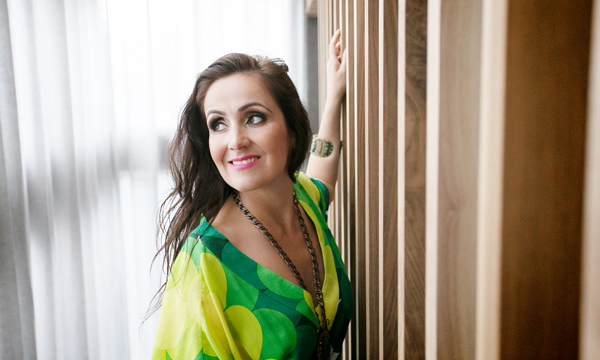 Juliana Areias is an AWARD WINNING Brazilian Singer-Songwriter based in Perth, Western Australia.

Juliana Areias brings a new edge to traditional Brazilian rhythms, and has created a contemporary Latin Jazz musical fusion which is taking the Australian and International music scenes by storm.

Her debut original album 'Bossa Nova Baby' had charted at #70 on the US Jazz Top 100 (2019/2020) following her win of 'Best Brazilian Music Album' at the US Focus Brazil Awards 2019. The 'Bossa Nova Baby' album was recorded and produced in Perth with the support of the Western Australian Department of Culture and the Arts, and features some of Australia's finest musicians, including seven-string guitarist Doug De Vries, bassist, arranger and producer Pete Jeavons, many jazz lecturers from WAAPA, and the late pianist and Perth jazz scene luminary Graham Wood.

She has performed on major stages in Europe, USA, Japan, Latin America and Australia, and she is in the Top 5 Best Brazilian Singers around the world according to the Best of Brazil Global Awards 2021 in London.

Originally from São Paulo, Juliana has lived in Perth since 2007. Growing up in Brazil, Juliana was personally introduced to the Bossa Nova founders by legendary Brazilian Music historian and journalist Ruy Castro. This direct and unique learning experience inspired her to become a professional singer and songwriter. It was Ruy who nicknamed her 'Bossa Nova Baby', which she would go on to use as her album title.

Doors open at 6:00pm. This member ticket includes presentation, performance and Brazilian barbecue meal. Each member is entitled to purchase up to 2 x tickets at member price.

The Australian Institute of International Affairs for WA

The Australian Institute of International Affairs (AIIA) is an independent, non-profit organisation seeking to promote interest in and understanding of international affairs in Australia.

The WA Branch of the AIIA was founded in 1947 by Professor Fred Alexander of the University of WA, who became its first President. Like the earlier established branches in the other Australian states, the WA Branch was modelled on the British Royal Institute of International Affairs, based at Chatham House in London.

The WA Branch has maintained a steady membership, including many prominent West Australian and national leaders. Successive State Governors have served as the Branch's Official Visitor. The aim of the institute is to be an independent and non-political body that facilitates and encourages the study and debate of international questions.

Membership fees includes a subscription to The Australian Journal of International Affairs as well as two tickets at the member price to each of our our monthly meetings where you will learn about developments in international affairs of concern to the people of Western Australia. We rely on membership contributions and sponsorship of special events to keep our association running: we receive no core funding from government.